Everyone will feel welcome on the playground with the Unity. Starting at the double circles of PlayShell Climbers, children will be able to talk and climb together. As they begin to look around the rest of the playground, they’ll be drawn to the larger play structure. The stairs have rails that make heading up to the higher levels much easier. Before heading upwards, children will come to the BigWheel. They can take a hearty spin before heading up. But if they take the Cargo Net or Mountain Climb with Rope up instead, they still have a chance to spin a BigWheel at the top of the net. For those that decline to go higher, a Whistle awaits them right before they reach the hidden PlayShell Double Seat under the Triple Slide deck. While those at the top can head across the Big Tube Tunnel “S”, others can race to the Triple Slide up the Curly Climber and Firefighter Climber.

When choosing a playground it is important to consider where the components have come from. Conditioned wood or recycled metal posts are both opportunities to take part in environmental stewardship. Wood was once a staple of playground design, but as time has continued, it has become less common. But, wood and natural materials make for natural learning environments that can be important for children’s development. Several teaching methods use nature and natural tools as ways to reach children. On the other hand, the recycled metal used comes from items that would otherwise rust away in dumps. The recycled plastic comes from specifically milk jugs. As Americans, we tend  to drink a large amount of milk every day. This results in millions of used milk contains every year. Even if the play set purchased only uses a few thousand of those milk jugs, its that many more that didn’t end up in a landfill. Your playground purchase can be part of the solution that limits waste.

For a similar look, be sure to check out the Sherpa and the Kingdom. 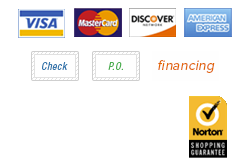